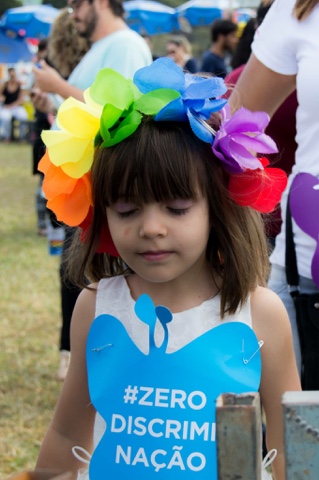 A Brazilian letter to the Indonesian people

I am writing to each of you these lines, from the deep of my heart. I address these words also to his Excellency President Joko Widodo and Vice President Jusuf Kalla, taking the opportunity to greet them by election, secured by a democratic vote in one of the largest democracies in Southeast Asia.

Indonesia is the country of my heart, my second home, who welcomed me when my husband moved our family to Jakarta to work on a cooperation project to confront the AIDS epidemic in 2005. My heart was stolen by the Indonesian people, culture and cuisine. Feeling always at home, I was welcomed by very good people and living with them, I also learned to be a much better person.

I volunteered in Banda Aceh in the post Tsunami in Jogjakarta after the earthquake and volcano affected localpeople in 2006 and acted in some associations for youth participation and promotion of volunteering in Jakarta. Each Indonesian was for me a mirror of my own people, the majority of poor people plenty of social needs but a warrior and full of faith.

Filled me with emotion to hear of a teenager who lost everything in the Tsunami that he loved God more than anything, because he loved him for who God is and not for what he gave to him. This was a milestone in the history of my faith.

The Islam was unveiled to me in a very different way in which the world's media presents it in the West. I realized how much his followers suffer prejudice and stigma that do not match the reality of a people who actually loves and preaches peace. So right after I leave Indonesia I got pregnant and named my daughter Khadija, the same name as the first wife of Prophet Muhammad.

Indonesia has changed my life and put great and profound changes in the person I am.

Nowadays I would give anything to go back to live in my second home where I was so happy! That's why I write these words with tears in my eyes. My heart is broken to learn that Indonesia and Brazil, the two countries of my life are with strained diplomatic relations. There were so many stories and partnerships between these two giants. It costs me to believe that now things are not well. I apologize for the impulsiveness of our President, an honorable woman and a leader of the developing world, but an emotional act of her offended your ambassador in our land. We know that weshould never dishonor a visitor, but I beg to consider her pain as a mother and grandmother to learn that one of the sons of her country perish so painfully and she is not been heard to save the life of the second one. I pray to God that there will be mutual forgiveness and that the friendship of our big Nations will be restored for the good of these sister nations. Just as I ask the Indonesian President that this episode does not interfere in the review of Rodrigo Gularte process that was considered by the Indonesian doctors themselves as mentally incapable. I want to believe in your heart thatPresident Widodo will not be able execute a man mentally ill just to show the world that no one interferes with their sovereignty.

The news of the execution of the Brazilian Marco Archerburned on me like razor cut. And the idea that Rodrigo Gularte will be the next to face the firing squad has taken my sleep for more than a month. Not just because they are my country mates; but also because for about several months I came to visit them in Tangerang Prison. During this time I made weekly visits to the two, soon after Rodrigo setting fire to his cell in a suicide attempt. My husband, who is a Brazilian doctor, attended him by the time and diagnosed him with a profound depression and mental confusion. He was treated and I went to visit them after the episode to provide solidarity support.

I know that being trapped in Indonesia changed Rodrigo's life as well. Rodrigo loves the Indonesian people, and despite the conditions in which he lived in the country, he always said thank God for having had the opportunity to live with your people. Despite his error, Rodrigo is a good man. He was well liked in Tangerang, where he got his own body clothing to share your belongings with other inmates. Spent his time praying, meditating and reading. Despite struggling with his mental condition as unstable, Rodrigo never stopped being sweet and always took care of everyone around him.

I confess that now my feelings are confused, sweet and salted.

The emotional fragility of Rodrigo hurt my soul. It was obvious that something was not right with that boy who sometimes spoke disjointed and confusing things. I credited this to the fact that he is on the death row, deprived of freedom, in a strange country and away from his family. I knew by then almost nothing about his history of hospitalization and previous to prison suffering.

Rodrigo came from a broken home, a imbalance to the fact that another family member had serious mental problems atthat time. Not to overload the family, Rodrigo was always the most helpful among then and gave the mistaken impression that he was well, but he was not. His emotional instability put him into an emotional abyss. He walked with the wrong crowd, chose tortuous paths and made a big mistake that he would regret for all the days of his life. His mental problems that until then had only sporadic episodes, started to become more and more constant and severe. The fact is that schizophrenia that presented to Rodrigo in adolescence as emotional imbalance, isolation and eccentricity, took care of him until he gradually succumbed to illness. Anyone who has lived with a schizophrenic or bipolar, knows that there is a period of the phase of euphoria where the person is found omnipotent. During this period there are people who drive dangerously, do risky things, lie down with strangers, engage in fancy plans. Unfortunately overload in Rodrigo's family did not allow them to notice in time and treat it properly.

I prayed, fasted and hoped with all my strength that clemency would be granted, but it was not. So now I would like to make a few remarks, if I may, to the honorable President, his deputy and the whole Indonesian people, to whom I owe gratitude and respect.

It would not be the time to review these processes? Many of them have legal flaws. Were developed in another historical moment of a less democratic and more corrupt Indonesia.

It would not be the time, Mr. President, to re-examine case by case and even re-evaluate the position taken to perform these mass executions in the beginning of a promising government?

Indonesia's constitution states that every human being has the right to life and torture-free life. The death penalty in addition to taking their lives, gives moments of intense psychological torture to the convicts and their families, not to mention the physical suffering imposed to the convicted, sometimes agonize for nearly 15 minutes until they come to death.

I cannot imagine that it matches the Indonesia of today. In 2006 you joined the International Civil and political rights Convention. This document specified that the death penalty in itself would not be illegal, but that its application should be limited to absolutely horrendous and very serious crimes, limited only to violent and lethal crimes. The use of capital punishment for drug crimes, therefore, does not fit under this international convention to which Indonesia is a signatory since 2006. In text of Mr. Nat Simmons, recently published in the Jakarta Post, there is an interesting explanation about an assertion of the UN Human Rights Committee revisited: "To ensure also that the notion of 'most serious crimes' does not go beyond intentional crimes with lethal or extremely grave consequences and that the death penalty is not imposed for non-violent acts. He also says: Indonesia has pointed to the fact that a number of states retain capital punishment, but those countries are not parties to the covenant. And if, like the United States, they are signatories to the covenant, they do not retain the death penalty for drug crimes. Indonesia is therefore in a UNIQUE position. It has accepted the International Covenant on Civil and Political Rights, retains the death penalty, and applies it to drug crimes.

I'm not suggesting that Indonesia bend to public opinion or relinquish their sovereignty. What I beg is to apply thecommon sense. Remember that from the first moment when those convicted were arrested until today, many things have changed in Indonesia. In politics, the fight against corruption and in establishing democracy, there is a clear progress. Many of those sentenced were arrested for nearly 15 years and had their legal proceedings conducted in at strange and differenttimes. Many of those convicted, in prison since repented, rethought and learned from their mistakes.

The Qur'an teaches that the good Muslim should not get carried away by their emotions but act with reflection and reasoning, calculating the good and the evil, the consequences and implications of any act, before reacting against an offense. This principle of Islam is so serious, that the Qur'an describes his followers as those who "respond to evil with good" and those who "repel evil with what is better."

In a moment of world history where Islam is shown in a completely distorted way to the West, I believe that Indonesia has a moral responsibility to show the world the Islam of mercy and compassion.

The Quran calls for justice and equity, even to the wicked: "You who believe, remain faithful to God and pay witness to the truth; and that your hate do not prevents you from being just toward them that you hate. - . And who turns repentant after his injustice and amend himself, certainly, Allah will turn to him, redeeming him. Allah is Forgiving, Merciful. 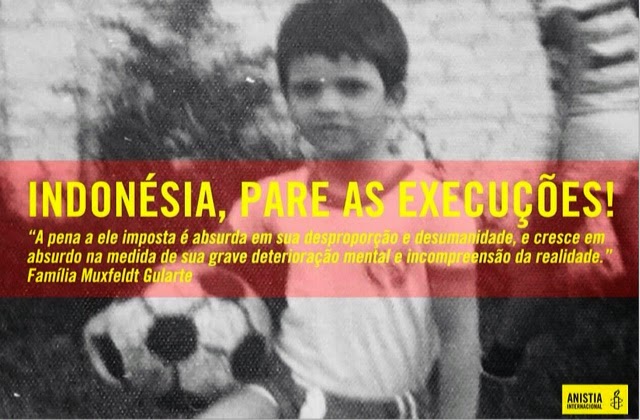 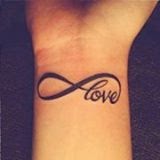 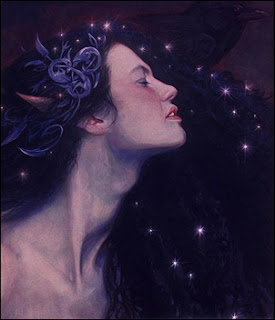 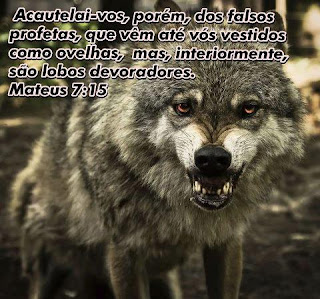 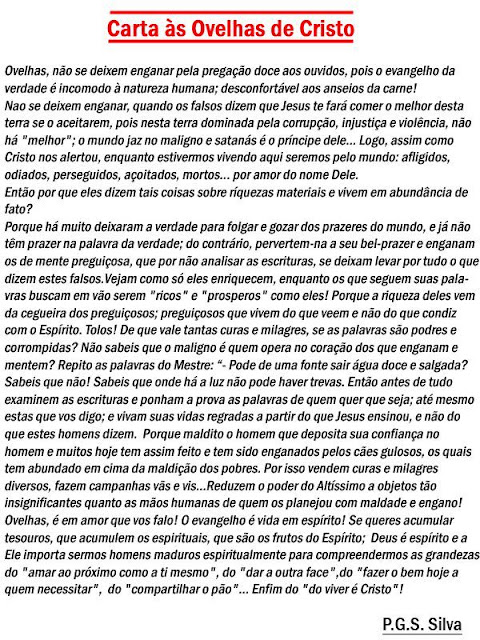